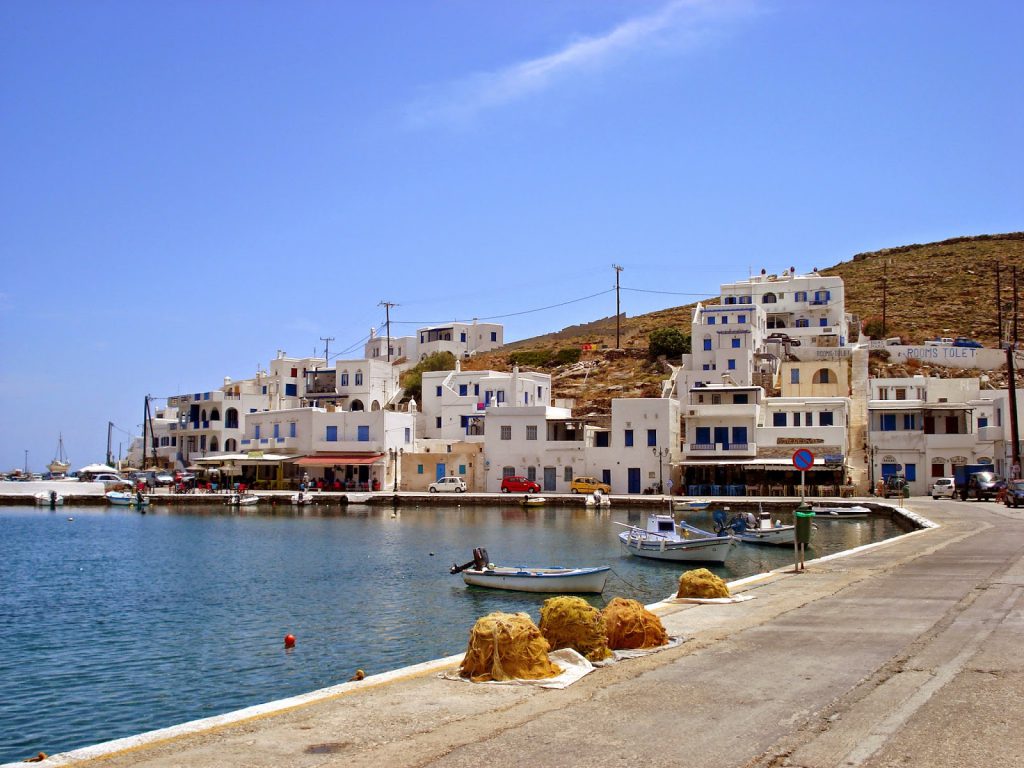 A few nautical miles from Mykonos, Tinos unveils marvelous beaches and monasteries for a mindfulness-proof summer 2017.

Just search on Google MAP to realize that Tinos and Mykonos are very close Cycladic islands. But what to see in Tinos? What’s more and better than Mykonos?

You are sitting at the San To Alati Restaurant in Aghios Fokas and admiring the thousand night lights of the coast. It is all indisputably beautiful and you feel at ease; so comfortable you feel as if you are in Sestri (Levante) and look at the horizon, seeing the brightness of Santa (Margherita) and Portofino at night. At that point, intrigued by the local geography, ask the waiter with a winking and super expert: “What area of ​​Tinos is that?”. You do not have the map of Tinos printed in mind and you do not know, absolutely, to have stumbled upon the tragic greek epic fail par excellence that will make you suffer the implacable appellation of malaka!

In fact, your interlocutor, as a good Greek, replies impassively and unstructively: “That is Mykonos. Been? “. So you deserve a “malaka appellativo” but you, after all, it’s not that you can know all about Hellenic geolocation. So we’ll take care of you! Tinos and Mykonos are just over 33 kilometers as the crow flies; they are both absolutely Cycladic as regards architecture; white villages; summer aridity and meltemi in the summer months but apart from this, they differ so much that they can be called the Devil (Mykonos) and Acquasanta (Tinos).

Do not you believe it? Here is a brief summary: this island is the Lourdes of Greece, and to see in Tinos there are many sanctuaries. The most visited sanctuary of the river (Panaghia Evangelistria); still privileges a very Greek tourism. Mykonos is synonymous, in the common imaginary, of beaches / discos; nightlife 7/7 and 24/24; international tourism / caciara … Both, however, offer squares with iron tables and straw chairs; they will amaze you with panoramas and breathtaking views; they will steal your heart and spirit. In short, to make it short, the summer of your holidays in Greece 2017 can be dedicated to the small and shy Tinos. But what to see in Tinos? And again, the combined Tinos beaches can live up to expectations? The answer is yes and, to understand why and what to see in Tinos, we give you a mini guide dedicated to its villages, its beaches, its restaurants and its hotels.

THE “CAPITAL” CHORA: La Chora – tourist port and main city – is synonymous with the famous Sanctuary dedicated to Panaghia Evangelistria which, at any time of the year, welcomes pilgrims and believers. Inside the icon of the Virgin Announced, the thousands of ex-votos and the obsequious faithful remind you immediately that you are in the Greek Lourdes.
Rating: 10 at the Shrine; 5 at the Chora

THE VILLAGES:
The most beautiful and important is certainly Pyrgos that enchants you with a main square built around a huge plane tree planted in 1859. To frame tables and tables of bars and cafes frequented throughout the year as the village is home to the Institute Professional superior of the Art of Marble as well as a Marble Museum. Rating: 10 – Stupendous get lost in the alleys.

Ysternia: its name derives from “extremity” (ystero); its characteristic is the breathtaking view of the Aegean; the island that stands out on the horizon is Syros; the bust that stands out in the main square pays tribute to the benefactor of the village “N. Glyni “. The village is alive and animated by cafes, taverns, fish rooms and restaurants. Rating: 9 – Alert: do not stumble in the steps cause the panorama.

Kardiani: offers an infinite panorama and from its terraces you can see the beach of Ormos Gianaki. To welcome you is an imposing Catholic church and to cool off is a fountain decorated with frogs strictly in marble. The streets are narrow, the kafenion are few, the kindness of those who typically handle them Greek. Rating: 8 – Push any gate to find the perfect view. You will find it.

Loutra: are you tired of the city and overcrowding? Well … you can move to Loutra that with its 7, you understand 7, inhabitants is certainly one of the places with lower population density in the world. But it does not end here … the village also has a Monastery-School of the Ursulines which has now become a museum and from here there are suggestive trekking routes from which to admire the wild beauty of Tinos. Rating: 8 – Peace and relaxation.

Francesco
0
Tags :
Holidays in Greece: because this summer you will fall in love with Tinos