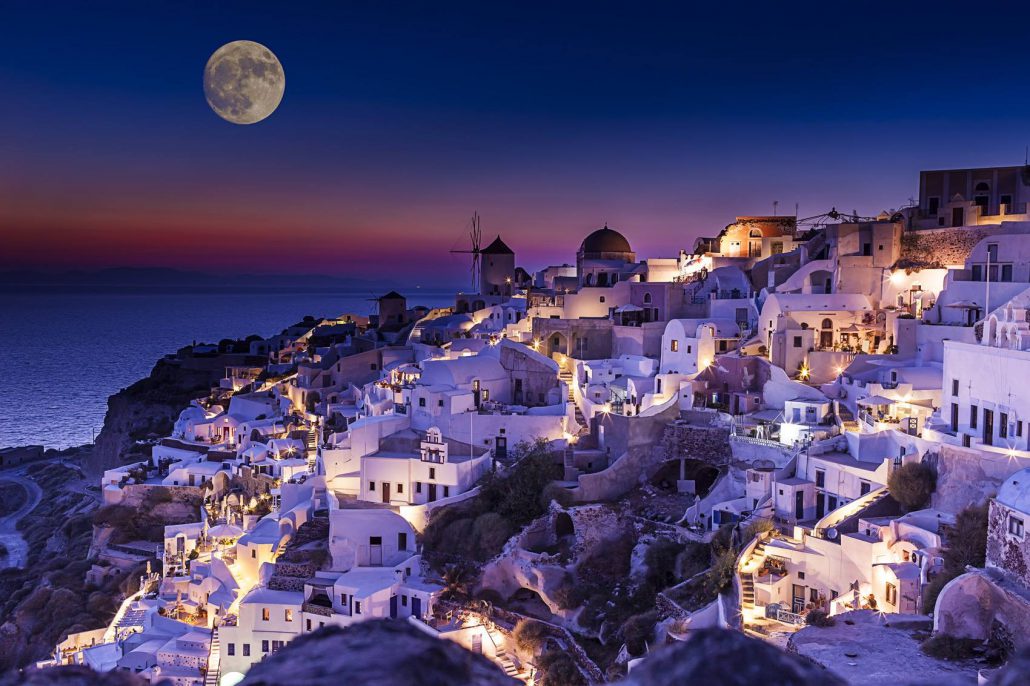 This year the holidays in Greece!

Spring makes us want to start looking at flights and destinations. The first warm, the coats that end up in the boxes and the advent of the canvas shoes does not make this effect to you? If yes, here is our special list of Greek islands where you can spend your holidays.

Probably one of the best known and most popular, Santorini is also our favorite. The southernmost of the Cyclades, the volcanic island with black beaches. The black gravel makes a contrast with the windmills of Oia creating a suggestive landscape that you will not find elsewhere. Imerovigli, Fira, the Caldera and the archaeological excavations of Akrotiri are not to be missed. Sometimes too touristy, sometimes too crowded, so plan your departure for early June or early September.

We are still in the Cyclades, between Naxos and Santorini. Golden beaches, white houses and the tomb of Homer overlooking the sea. Hippies have “colonized” it over the past century and now, even if it is more chic than freak, it is still one of the most Greek islands. The frenetic nightlife especially in the area of ​​Chora has not erased its Hellenic spirit. The clear sea, a pita with tzaziki and a sly cat that yawns in the shadows embody Ios more than ever.

Aegean Sea this time, Sporades archipelago. Here the film Mamma Mia was filmed, with Meryl Streep, Colin Firth and Pierce Brosnan. Skiathos is among these islands the most cosmopolitan: rich in woods and with beautiful sandy beaches. Describe it briefly? It’s a romantic bay, it’s a monastery on a hill, it’s a taverna on the sea. Skiathos is someone fishing on the dock.

The second largest island of the Dodecanese, after Rhodes. It is a natural bridge between Crete and Turkey. The “meltemia”, the wind that blows here constantly, has made it a very popular destination for surfers who come from all the countries of the world. Breeze aside, Karpathos is of rare beauty. Beaches, harbors and churches, but not only … Our dispassionate advice is not to lose the village of Olympos, stopped in time with its matrons cooking at the window and houses perched on the mountain.
Four islands for your holidays or for some unexpected sea-based escape, Sirtaki and Ouzo.

Francesco
0
Tags :
This year the holidays in Greece!