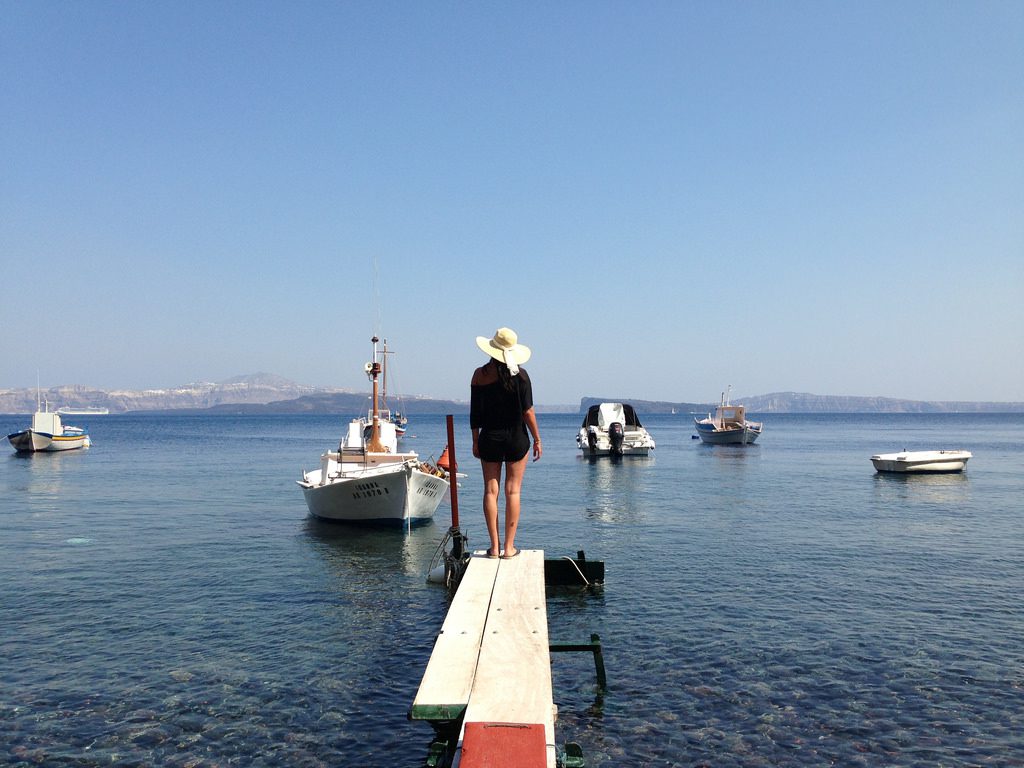 Things to do in Thirasia, Santorini’s enchanting volcanic island

Beach holidays in Thirasia: the main attractions of the splendid Cycladic Greek island which is part of the archipelago of Santorini, in the Aegean Sea.

The wonderful island of Thirasia is part of the famous archipelago of Santorini, which is part of the enchanting natural environment of the Cyclades islands, in the Aegean Sea. Thirasia is the second largest island in the Santorini archipelago and owes its origin to a violent volcanic eruption from which this small but very popular archipelago was produced. This area of ​​island Greece is one of the most loved and popular of the State, because of its enchanting landscapes, its crystalline sea and its ancient history that still has the power to fascinate and enchant.

For many decades, the Cyclades islands have attracted a huge amount of tourists and are no doubt one of the most popular summer destinations in Europe. These beautiful islands of the Aegean Sea are in fact the ideal destination for lovers of the sea and pristine beaches, but not only.

Nature lovers and boat trips can find countless reasons of wonder and wonder at these enchanting islands. The archipelago of Santorini is particularly popular for its lively and fun nightlife, which in the summer months becomes hectic and really explosive, attracting young people of all nationalities!

The mundane and youthful face of the islands of the Santorini archipelago is just one of the countless aspects that characterize this beautiful area of ​​the Aegean: Thirasia and the other enchanting islands of the archipelago in fact host indelible traces of their glorious and ancient past and are the destination ideal for all those who wish to deepen their knowledge of ancient Greek culture and its still lively and pulsating traditions.

The island of Thirasia is characterized by the presence of a small village located on the east coast, the village of Manolas, which has the typical appearance of the maritime center of the Aegean Sea. The village hosts a small group of typical Greek buildings, with its characteristic white and low dwellings and its charming little churches immersed in the luxuriant vegetation of the Mediterranean scrub. We recommend that you take a short visit to the remarkable church of Aghios Kostantinos, the most beautiful of the island.

The village of Manolas also has a charming fishing port, which has kept intact the quiet atmosphere of the past. The island also hosts another village, Riva, on the opposite side from the village of Manolas, which is the landing place and main link for all the boats that connect Thirasia with the other islands of the Santorini archipelago. Riva, with its characteristic appearance and its relaxed atmosphere, also hosts the beautiful little church of Aghia Irini.

The coastline of the island of Thirasia is characterized by small and charming coves, which make the coast extremely jagged and scenic. This really is a magical place for sea lovers, as the waters of the archipelago are really clean and perfect for long swims! The sea bed of this area of ​​the Cyclades is really rich and fascinating, and for this reason many tourists reach the island for diving and snorkeling.

From the climatic point of view the island of Thirasia has a pleasant climate, mild, ventilated and decidedly less sultry than that of mainland Greece. In the winter months, the archipelago of Santorini enjoys temperate temperatures, generally above 10 ° C, while in summer the maximum temperatures are around 30 ° C. Thirasia presents an uncontaminated landscape, kissed by a favorable and pleasant climate, and its small ancient villages allow visitors to enjoy the suspended and archaic atmosphere of island Greece.