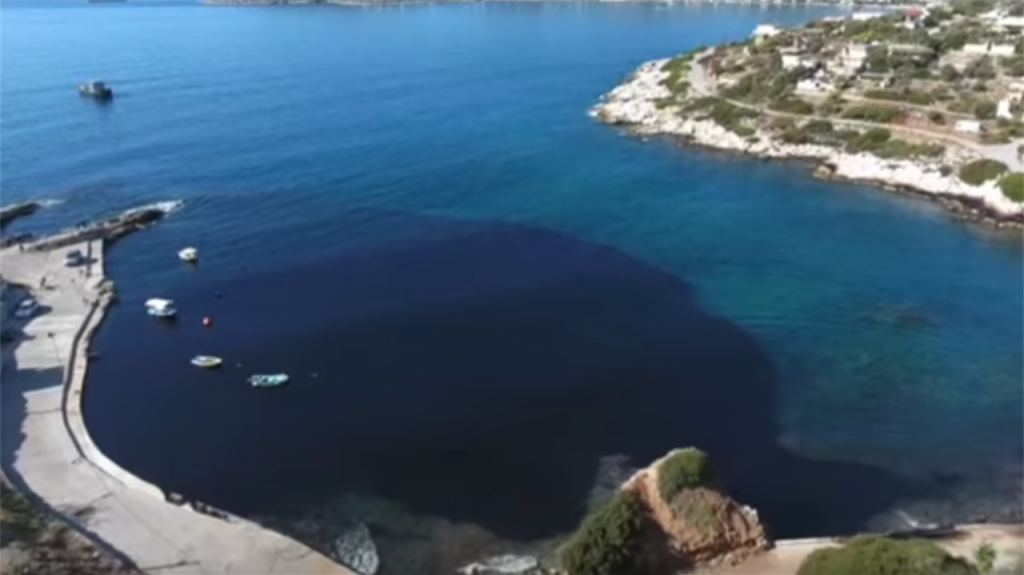 Not even the beaches are saved: in Greece a tanker is sinking and the coasts are in trouble

On Sunday, Agia Zoni II stormed in the sea for still unclear reasons.

Of its 2,520 tons of oil already 300 have poured into the water and have reached the beaches around Athens

After losing harbors, islands and a lot of time, the Greeks have remained only the beaches. Indeed,

well look at those, as the ship-tank Agia Zoni II, sunk on Saturday near the islet of Atalanta, not far from Piraeus,

is releasing the crude oil stored in the water in the water. On Monday, however, the situation became dramatic:

the winds and streams transported oil to the beaches, where it appeared in the late morning of Wednesday 13.

In particular, on the coasts of Piraiki and Freatida, areas where Athenians go a bath in the day –

and where the fishermen leave to go off. Not even the beaches, it was said.

According to experts’ estimates, at least 300 tonnes of masut, ie the crude oil distillation residue,

have already been poured into the sea. The Coastguard is already working to spread chemical agents in the water

in an attempt to counteract pollution.

But in Agia Zoni II there are still 2,270 tons of fuel. Come out? Will not they come out? In doubt it is thought to close

all the marinas in the area.

In the meantime disputes have already begun: the authorities are accused of acting late: the ship is sunk on Saturday,

operations have begun in the following days. Residents in particular underline the slowness with which floating barriers were arranged:

a few hours less would be enough to avoid environmental disaster.

It is also not clear why Agia Zoni II is sunk. The authorities argue that everything is under control.

But winds and waves, in fact, are difficult to predict. Perhaps even more than the markets.