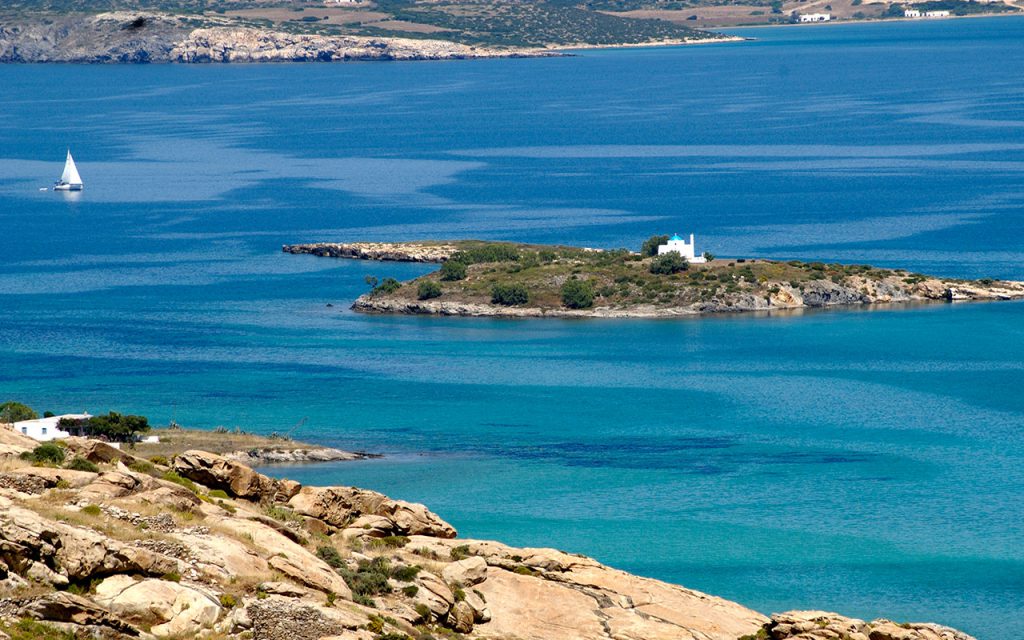 Islands of Greece: the guide of Paros, the island of marble

Our review of the beautiful Greece and its wonderful islands continues. Fantastic places to see at least once in a lifetime. Each with its original features. After the general guide of the Cyclades and the less touristic islands, we want to take you to the discovery of Paros, or Paro in Italian.

The island of Paros is located in the central-southern Aegean Sea, next to the island of Naxos, which was once united. Off the south-west coast lies the smaller island of Antiparos and the uninhabited islets of Despotiko, Strongyli, Fira and Diplo, plus a series of rocks and islets that form the archipelago of Paros. Revmatonissi is a small private island that rises between Paros and Antiparos. Other reefs and islets rise off the south and northeastern coast of the island. North of Paros are the islands of Syros and Mykonos, south of Sikinos and Ios, while further west is the island of Sifnos. Therefore Paros is at the center of the Cyclades archipelago, easily reachable from the other main islands. It is 90 nautical miles from the port of Piraeus.

Paros is the third largest island of the Cyclades, with approximately 196 km² of surface, after Naxos and Andros. Its coastline extends for 120 kilometers. It has a predominantly mountainous territory, like all the Cyclades, although less harsh than nearby Naxos. The highest peak of the island, on the Profitis Ilias mountains reaches 771 meters above sea level. Like the other Cyclades, it has a barren land, with little vegetation, concentrated mainly in the central part. The rocks of Paros are mainly of granite and marble, a characteristic that has made the island important for its white marble quarries, still present, which still represent part of its economy. Although the main activity today is tourism.

The island of Paros was inhabited since prehistoric times. At the center of the Mycenaean civilization, like the other Cyclades, it was later involved in the wars between Athenians and Persians, allied with the latter. It was conquered by the Romans and then by Byzantines. At the beginning of the XIII century it was conquered by the Venetians and included in the Duchy of Naxos. In its history it was subjected to numerous raids and devastations by pirates. Paros is the birthplace of the poet Archilochus.

The capital of the island of Paros is the city of Paroikia or Parikia, on the north-west coast, the second most important city is Naoussa, on the north coast. High population centers are Marpissa, near the east coast and its port of Piso Livadi, Lefkes inland, Aliki, on the southern coast.

The island of Paros offers enchanting views, among natural beauties, villages of white houses typical of the Cyclades and marinas with small fishing boats, today mainly used for tourist activities.

Arrived on the island, the first visit is to the city of Paroikia, a charming town that develops between streets and alleys between the traditional white houses with blue doors and windows. The highest part, the one that offers a splendid view of the port is Kastro, the castle where there are the remains of a fortress of the Franks, a Venetian tower and some characteristic houses around the ruins. Near the castle stands the church of Agios Konstantinos, while in the interior is the Basilica of Our Lady of Katapoliani (Panagia Ekatontapiliani, Our Lady of the Hundred Gates) Byzantine church with exposed bricks, an older part, the chapel dedicated to St. Nicholas , dating back to the fourth century AD, several mosaics and important icons inside. The religious complex also houses the Byzantine Museum. To visit near the basilica, the Archaeological Museum of Paros, with important findings of ancient Greek and Roman times. A of the port to see the graceful little church of Agia Anna. The city of Paroikia is full of clothing stores, especially for the sea, restaurants, taverns and clubs.

Basilica of Our Lady of Katapoliani, Paroikia, Paros (Andrant83, CC BY-SA 4.0, Wikicommons)
In the north of the island, the city of Naoussa overlooks a large bay, with a glance effect on the row of white houses overlooking the harbor. Despite the tourist development, with the tables of the many taverns on the docks, the port of Naoussa is still dedicated to fishing, one of the main economic activities of the town. The many boats and fishing boats give the port of Naoussa a very characteristic and authentic appearance. To be seen. On the tip of the western quay of the port, among the taverns and shops, lies the delightful white church of Agios Nikolaos.