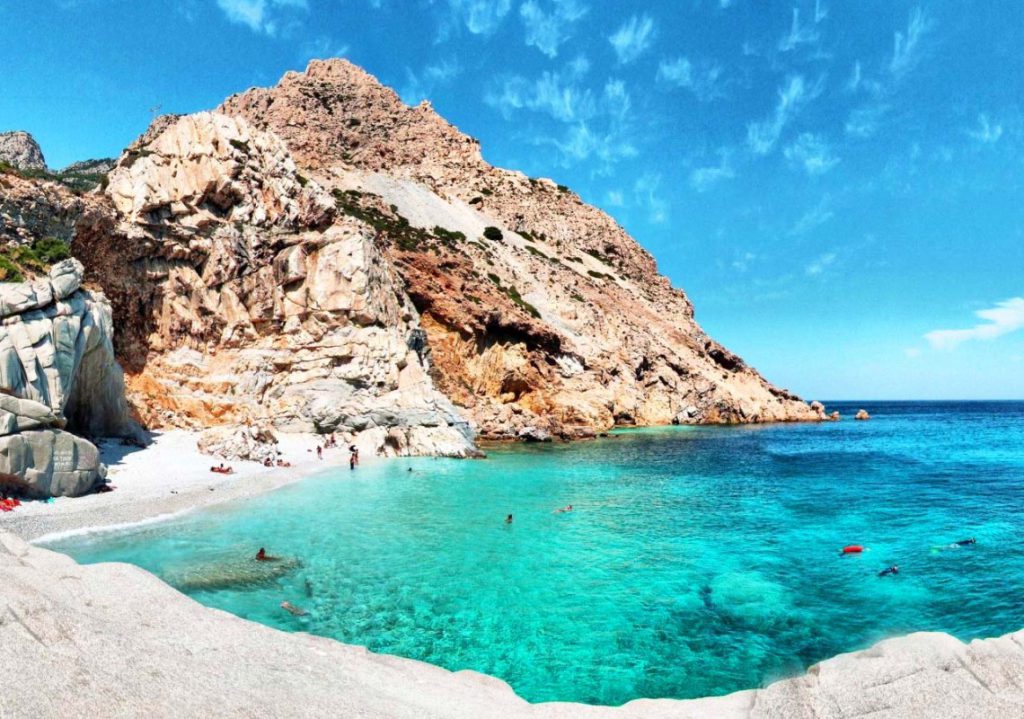 The Aegean and its islands have always been ideal places for pirates, who easily hid among the thousands of inlets, spotting and robbing the passing merchant ships.

Today these islands are a destination for wellness and tranquility trips, representing a microcosm far from the ordinary and its frenzy. 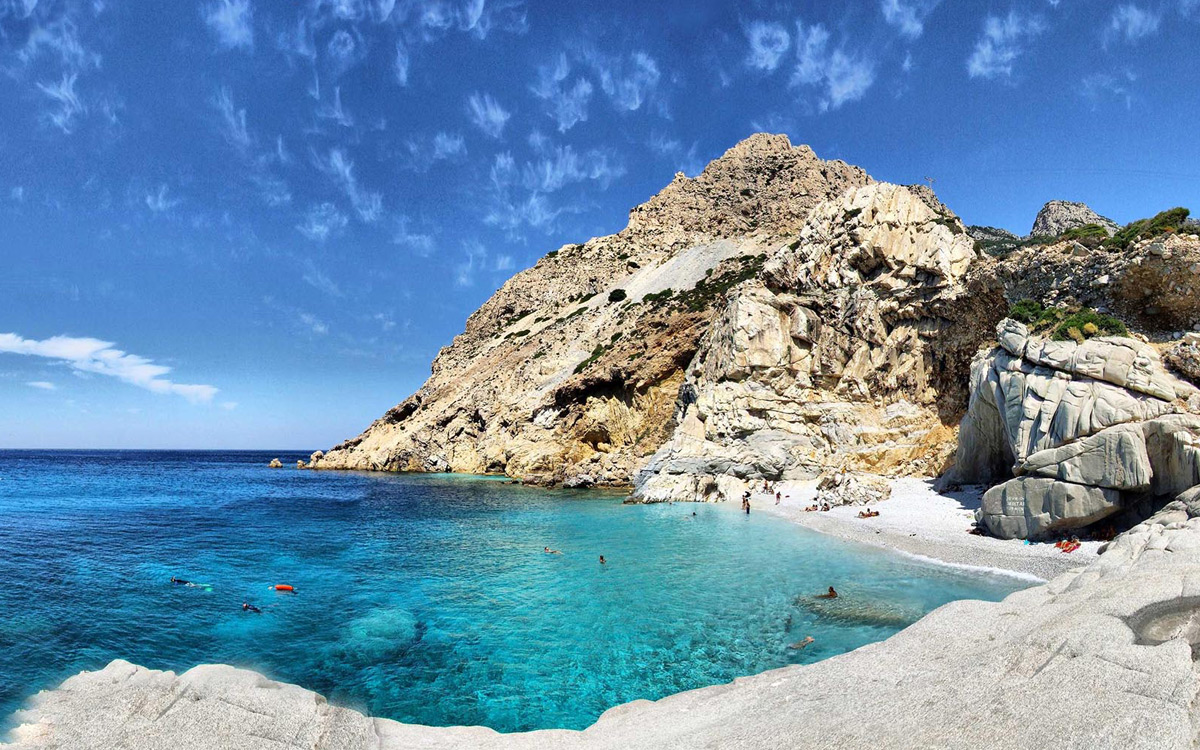 Fourni is one of the twelve islands that form a small archipelago formed by nine rocks and three larger islands that are Agios Minas, Fourni and Thymena.

Those of Fourni and Thymena are the only islands that are inhabited, with a stable population of about 1600 inhabitants, due to the large fleet of fishing boats and one of the liveliest shipyards of the Aegean.

Here the historic link with the pirates is found in the official name of the municipality, Fourni Korseon, Fourni dei corsari.

Emerald waters, mills and mulberry trees provide the island with an absolutely natural and evocative charm.

Fourni is an ideal island for those who are looking for peace and quiet, who love life in the open air, who appreciate good food in taverns without frills but cozy and who prefer days, and especially quiet evenings, rather than a noisy social life.

The beaches are beautiful and are largely made up of pebbles mixed with sand.

The Kassidi beach is one of the most beautiful in the Fourni archipelago in Greece and is located six kilometers southwest of the capital.

Kassidi is protected from the winds and the sea is usually quite calm. It is reached by a dirt road and not far away is the other beach of Agios Ioannis, which occupies the southernmost point of the island of Fourni.

Another lovely beach is that of Bali, one of the best places for a refreshing swim.

Bali is located a short distance from the capital and boasts a beautiful location at the foot of the rocks and a stretch of low and quiet water, suitable for everyone.

The name of this island presumably derives from Icarus which, according to legend, fell into the sea off the island when its wax wings melted.

In the western part of the island, among the villages of Ràhes it is possible to walk on the old paths, once beaten by pirates.

An interesting cycle excursion that does not exceed six hours of walking is that from Khristòs to Kastaniés, which includes the gorge of Herarakos with the Spanédhon water mill.