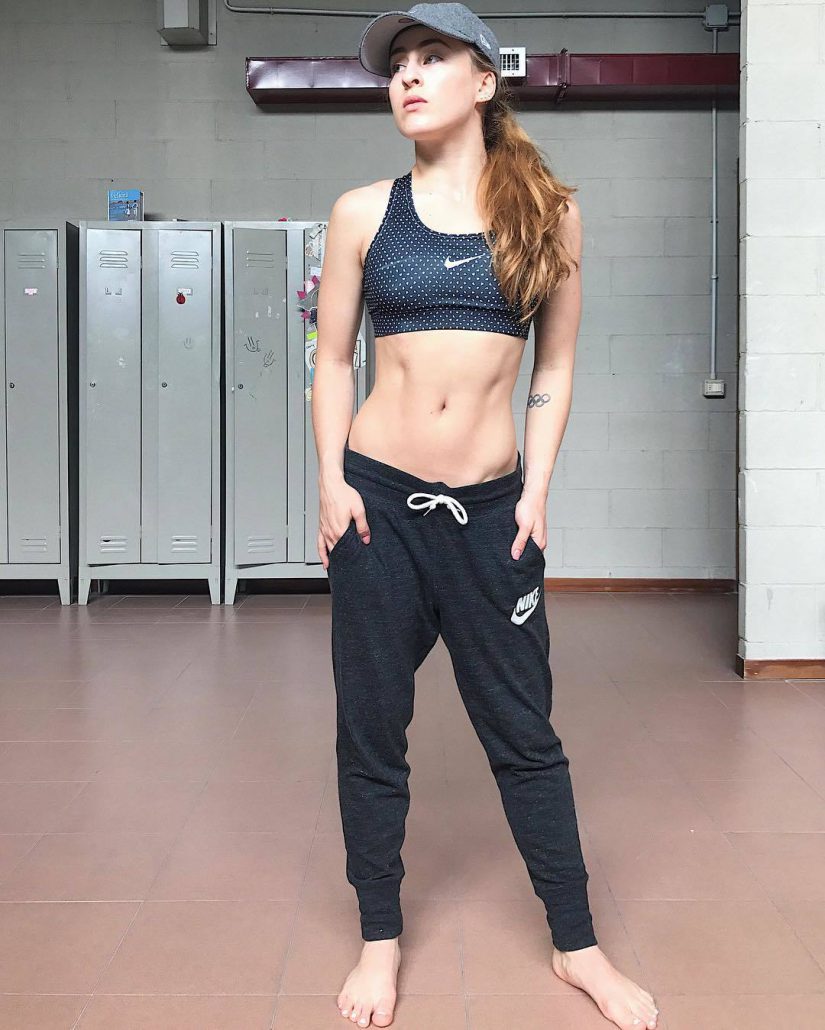 In bright form the blue gymnast, who enjoys the sun of Crete and prepares to return to the platform: with a little ‘training on the beach, “that you never know …”

“Remember, the man is the boss, but the woman is the neck and can make him turn when and how he wants.” Word of Nia Vardalos, who in his «Big Fat Greek Wedding» explains a theory that, in the picture, finds in Carlotta Ferlito its perfect fulfillment. Certainly not about male dominance, never, but rather the typically feminine ability to capture the spotlight. She who has very little “big” and “fat”, and for “marriage” is still a little early, in Greece she is spending her short vacations before returning to the platform.

It’s from the Rio Olympics, that is almost a year, that does not compete, but judging from the images that it publishes on its page Instagram appears in a dazzling form. To the delight of its 700 thousand followers, who can not wait to see her compete for a medal, perhaps already at the world championships in Montreal next October. She has been training for a few months continuously with a view to re-entry, experiencing a new entrance to the beam and a new acrobatic diagonal in the free body, which with the new scores could become fundamental.

Upgrade witnessed by videos shared on social networks before the well-deserved departure to the sun of Greece: “It will be my only week of vacation”, writes waiting to take the plane to Crete, where it will be forced to do without at least two of its fixations: the cappuccino, the original one, which will be able to return to taste as soon as it is back in Italy, and the socks, which for his fortune with his feet in the water will not be forced to wear. The braids remain in dance, another mania of Carlotta, which in the last photo posted by the beach proudly shows them.

He is balanced upside down, with his hands on the waterline and his legs in a semi-detached position: «Let’s do some gymnastics, which you never know», is his commentary on the image. So, in addition to the fans, his coaches will be happy too.